It’s amazing that you can find yourself in the middle of a vineyard within the city limits of Santiago, Chile. 30-minutes by public transit and a few more minutes by taxi (or walking if you have the time) will lead you to the Cousino Macul Vineyard, where grapes have been grown since 1856. I took a wine and bike tour here with La Bicicleta Verde this past May (autumn in Chile as you’ll see from the photos).

One of the first tour companies in Santiago, La Bicicleta Verde started leading bike tours in Chile’s capital city seven years ago, and has since expanded to three other cities: Valparaiso, Vina del Mar, and San Pedro de Atacama.

The company was started by an American expat University professor, Peter Murphy Lewis, and a Chilean lawyer, Joel Martinez, two kindred spirits in search of a more fulfilling connection with people than they were finding in their respective careers at the time.

Peter asked his friends to “introduce him to the craziest and most intelligent Chilean that they knew.” Joel was it. I love entrepreneur origin stories like this.

National tourism organizations such as Chile SerTur, Senatur, and FEDETUR have recognized La Bicicleta Verde for their work in sustainable tourism and focus on local culture.

Peter and Joel also own a walking tour company, Tours 4 Tips, which operates out of the same four cities. The walking tours are “free,” meaning they only include gratuity for the guide. 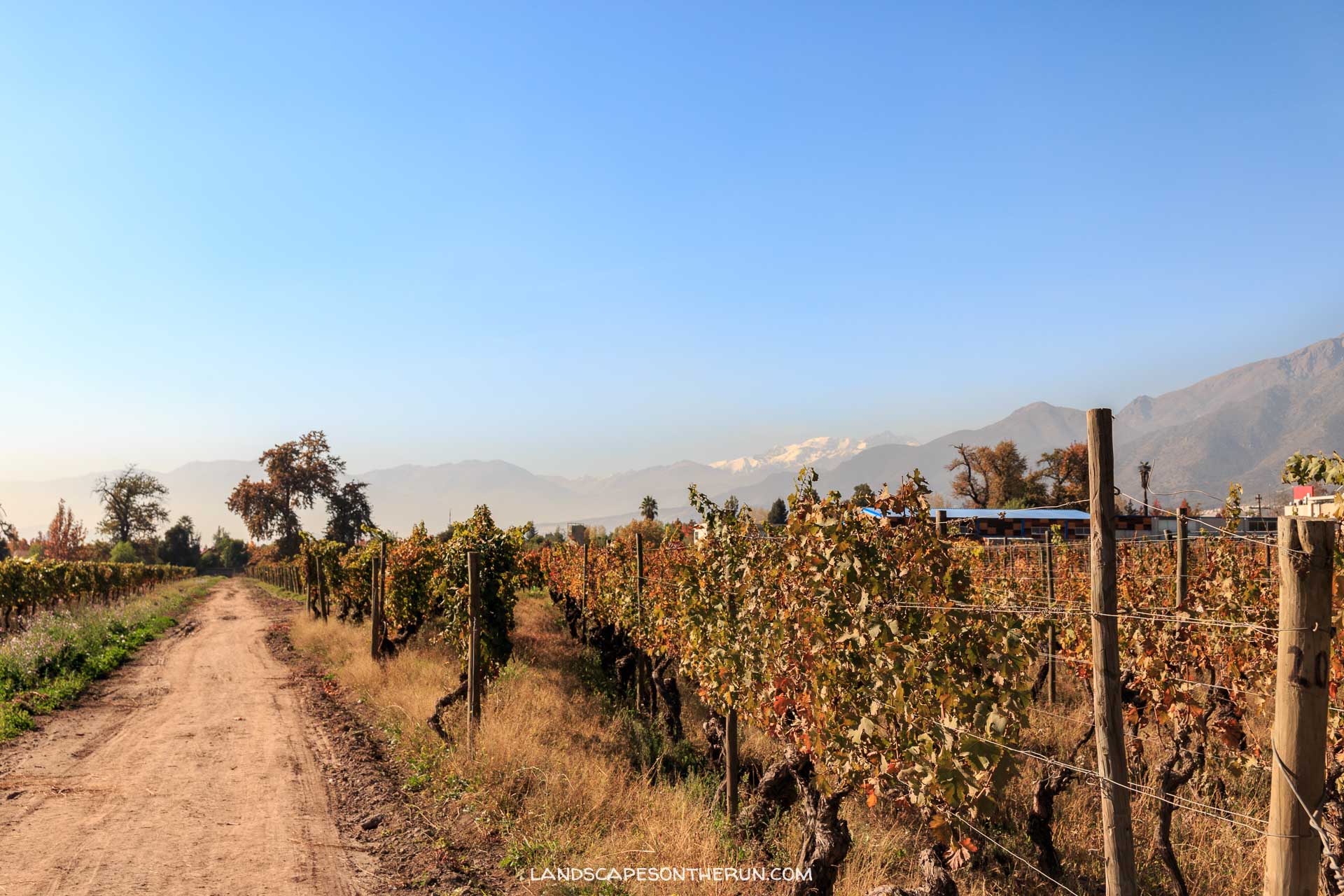 I met my guide at the Cousino Macul Vineyard after taking the metro there from the city center. The company keeps its costs and environmental impact down by asking guests to arrive by public transit (directions here).

We took off first by bike to see the vineyards, followed by a tour of the wine production facilities themselves. The infamous smog of Santiago wasn’t too bad that day, but it still filtered the autumn sunlight, casting a haze over the city to the east while giving a romantic hue to the abruptly-rising Andes to the west.

It turned out that I was the only one scheduled for the tour that day, so I got an unexpected private tour. My guide explained some of the history of the vineyard and we “field-tested” a rose as well as some grapes that a passing worker handed to us.

The bike ride wasn’t strenuous at all. The bicycles are beach cruisers made by a local company, Gama Bikes, and we didn’t pedal more than 5 kilometers (3 miles) on flat, dirt paths (I imagined listening to Mungo Jerry while I rode). 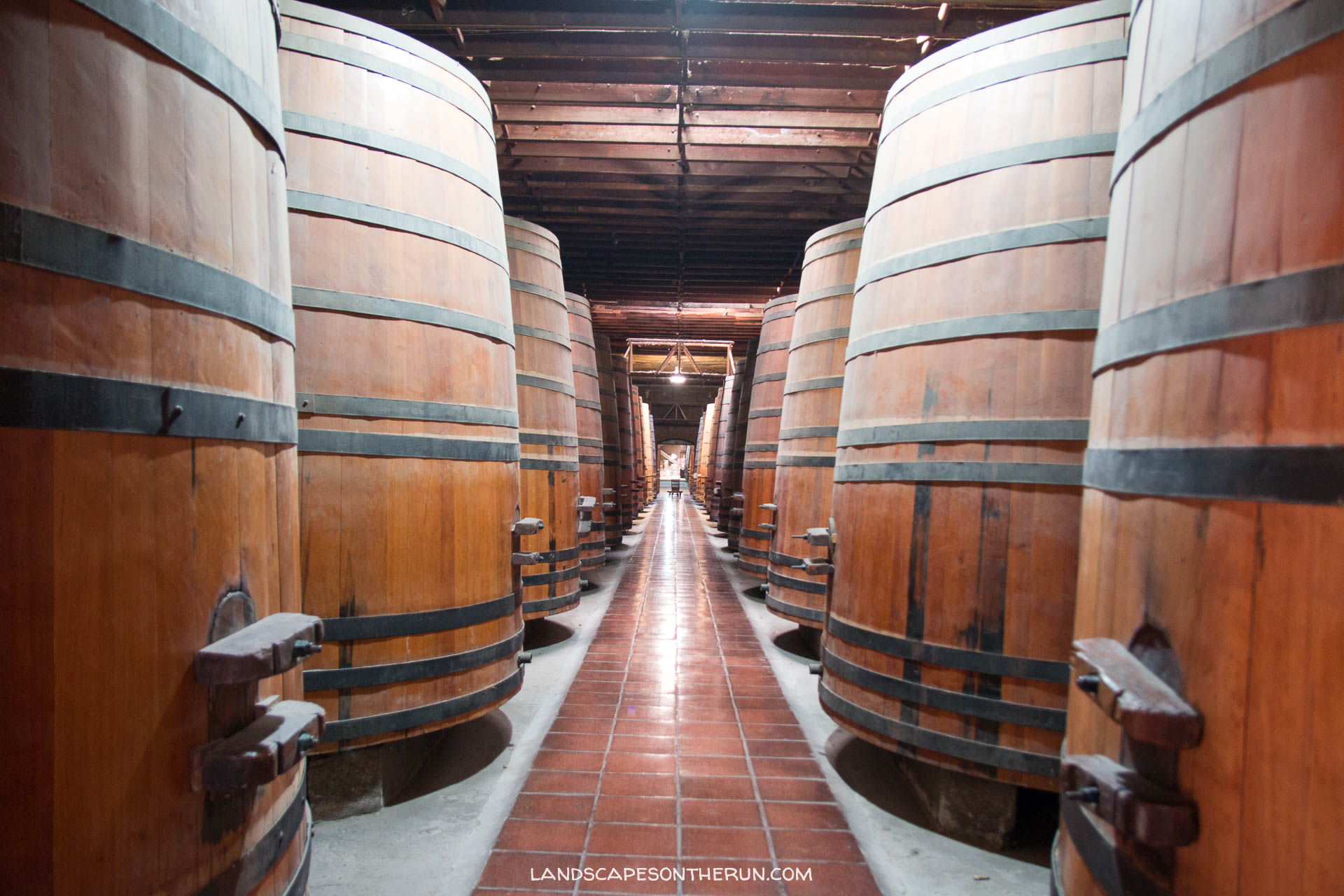 The original winery and storage facility is nearly 150 years old – the design indicative of its Spanish roots – with thick walls built to keep the inside of the building a constant temperature. Ginormous (yes, that’s a technical term) wooden barrels no longer in use line the main floor leading back to the modern production facility. Downstairs, the wine storage feels like a European catacomb. You can smell the age of the place in the cool, thick air.

Returning upstairs, it was time to really appreciate our wines with properly guided wine tasting. Mostly a drinker of the boxed kind myself, I appreciated having a guide to describe the different wines and taste profiles, especially the Carménère, a grape once thought extinct that survived in Chile.

What have some of your favorite biking tours or wine tours been? Comment below! 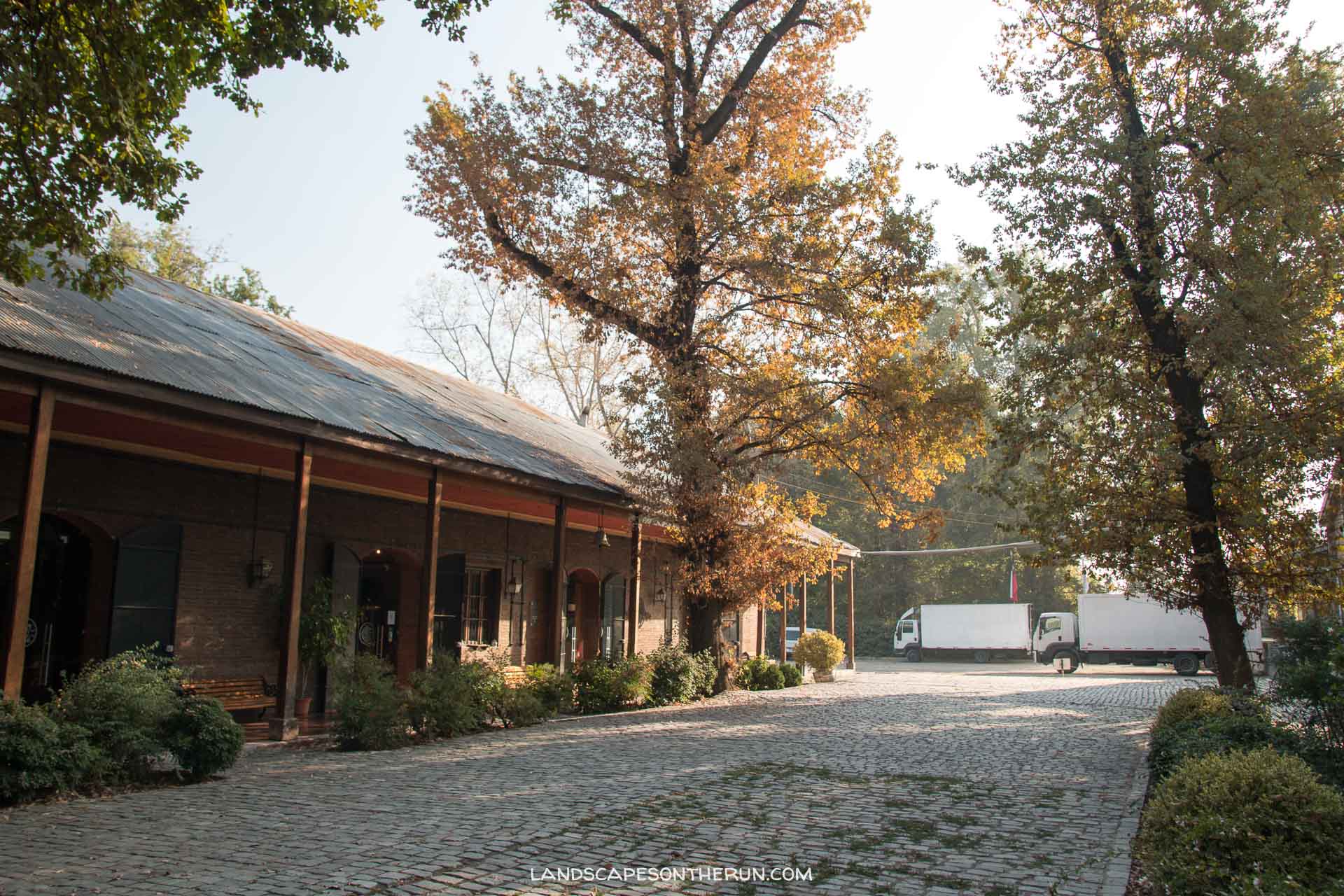 Fun, informative, memorable, and run by a good company working to improve sustainable tourism in Santiago. The guide knew his stuff about various types of wines, the production process, and Cousino Macul’s history. That being said, at $50 USD plus gratuity and public transit costs both ways, it was a little expensive for my travel budget.

Also, note that my experience was just me and my guide. A group dynamic can change the feeling of a tour greatly, usually for the positive.

If you don’t plan to continue to other vineyard valleys in Chile, then I’d recommend this or the other Wine & Bike tour Bicicleta Verde does out of Valparaiso!

What have some of your favorite biking tours or wine tours been? Comment below!

One final note: La Bicicleta Verde offered to refund my tour fee upon publication of an article about my experience. 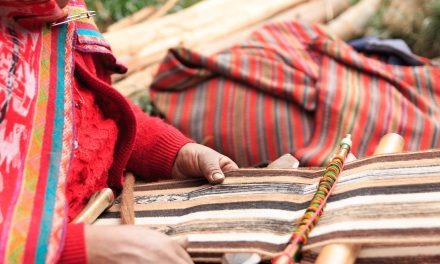 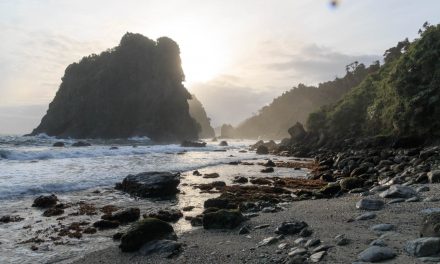