Santa Clara could be in a way considered the Portland, OR of Cuba. It’s a young, up-and-coming, “hipster” community with vibrant arts, culture, and history. Well, all of Cuba is rich in history, so you could eliminate that one as a least common denominator and focus on the first two. But I digress.

Home to the second largest university in Cuba (#1 is in Havana) and an emerging LGBTQ scene, Santa Clara is budding with young, progressive ideals amidst a country that has repressed them for half a century. 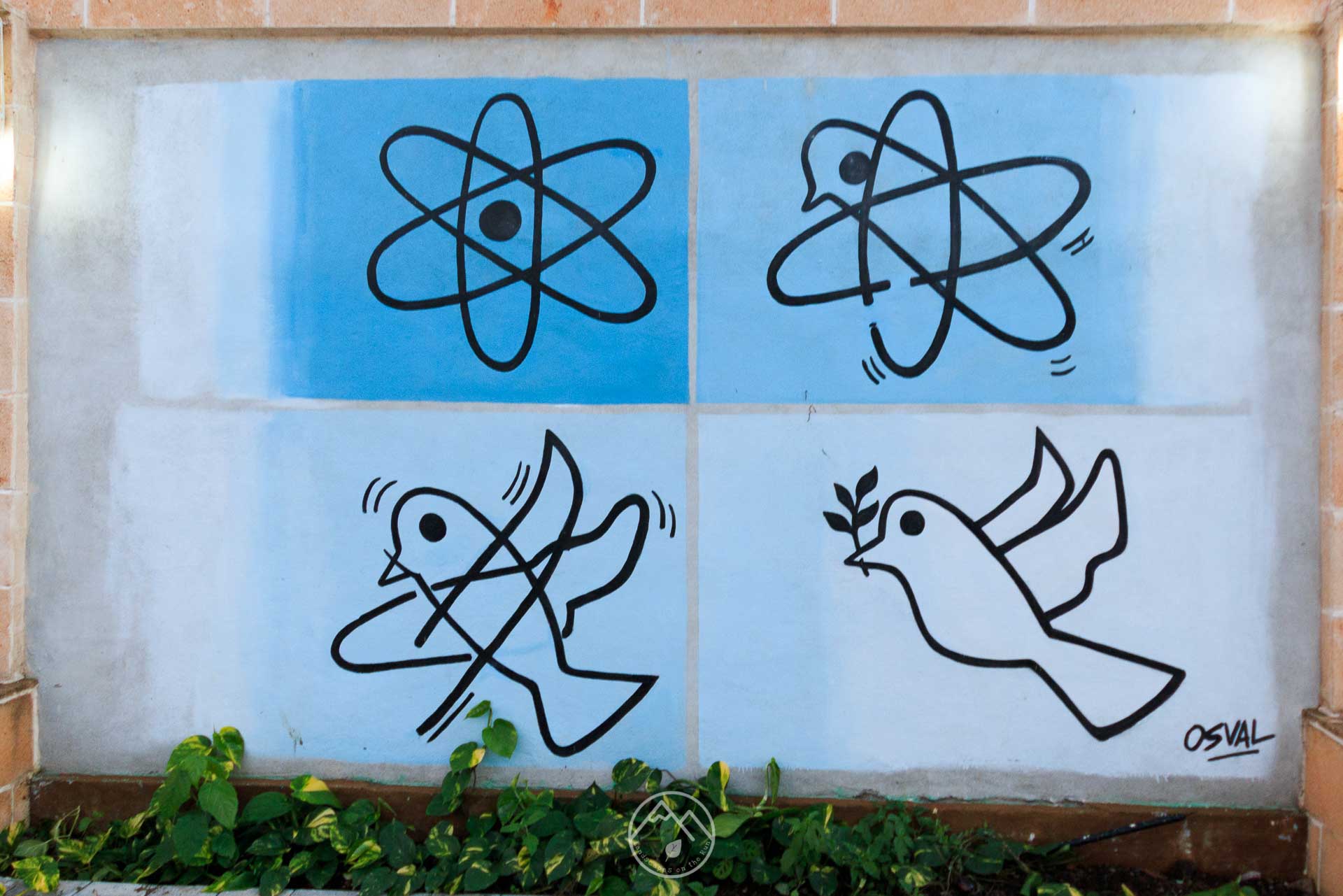 We flew in on JetBlue from Ft. Lauderdale, FL, about an hour flight. Upon arrival, make sure to have your itinerary and first night’s accommodation information ready for customs.

The only apparent way to get to Santa Clara (about a half hour drive) is by taxi. It will run you about 20 CUC. Exchange some money at the airport exchange, as taxis don’t take foreign currency. We took out enough for the taxi plus a little buffer for food in case we couldn’t find a bank. The exchange rates will be slightly better at banks or Cadecas (regulated currency exchanges) away from the airport, but it wasn’t a huge difference for us – about 2 cents on the dollar.

—Americans— There’s a 10% surcharge on US Dollars. To avoid this, get foreign currency (Canadian dollars, euros, Mexican pesos, British pounds, etc) at home before you leave. It was a little unnerving for me carrying around that much cash, being one of those millennials that doesn’t ever carry cash. But if you use common sense, (don’t flash large bills, openly lift your shirt up to get to your money belt, etc), you’ll be fine. Cuba is a very safe place to travel, but no travel is ever without risk.

This is your point of orientation for the rest of Santa Clara. It’s the center of life for locals and tourists alike. Imagine children playing in the square clad in “Madeline-esque” school uniforms, old men leisurely watching the world around them move at a much faster pace than they’re willing to anymore, and people getting wifi and meeting up for dates later in the afternoon. And around all of it, beautiful, classically designed government buildings, hotels and a theater from the turn of the century: Teatro La Caridad.

Naturally, the park attracts most tourists to the area, and with it higher prices and people looking to help lighten your wallet for you. For more budget food, souvenirs or accommodation, walk 4-5 blocks away from Parque Vidal. We found a restaurant where we got a couple of sandwiches and coffees for about 3 CUC total.

It’s about a 20 minute walk west from Parque Vidal along Calle Rafael Triste to the vast square, monument, and mausoleum to Ernesto “Che” Guevara. Visit at the end of the day while the museum is open, then sit in the square overlooked by a monument of the revolutionary and watch the sunset. As it gets darker, stadium lights start to illuminate the square, designed to hold 80,000 people for public events.

Interpret for yourself: Inscribed in the monument is Che’s resignation letter, submitted to Fidel Castro before departing to Venezuela (check country) to assist with another revolution. The letter contains language oddly glorifying to Castro to be included in a resignation, and we couldn’t help but wonder if it had been altered for propaganda purposes. Comment below if you know more about it yourself!

Located 4 blocks north of the northwest corner of Parque Vidal, You can smell the cigar factory before you see it. Through the windows, you’ll see workers processing one of Cuba’s most famous products by hand. The museum offers tours of the factory itself, giving you the opportunity to talk directly to some of the workers as well. Cubans start apprenticing here as teenagers, going through a 9-month training program before moving into a full-time position.

Careful of scammers: There are people outside the cigar factory who will try to dissuade you from going into the museum or to the cigar shop across the street to buy cigars, telling you that the cigars are much more expensive there and that the money doesn’t go to the workers. We experienced this firsthand, encountering a man who spoke very good english, brought us around the outside of the factory explaining how cigars are made, and then ushering us into a back room where he brought out cigars for us to buy “at a better price than the store.” Don’t take the bait, walk away. It’s not a better price, and there’s no guarantee as to the quality of the cigars.

The site of the first battle of the revolution in December 1958 where Che Guevara and 18 men armed with small arms, molotov cocktails, and a bulldozer derailed a train with 350 soldiers and scored an unlikely victory. The museum is a collection of boxcars with pictures and other exhibits detailing the battle and the revolution as well as the bulldozer that actually derailed the train. Entrance is 1 CUC.

We stayed at Hostal Alba (map location), a casa particular (person’s home) one block directly south of Parque Vidal. We paid about $20 USD per night for the room, split between two people. There is no surcharge for extra people, and our room had two full size beds, so depending on how comfortable/big your group is, it can be quite economical. Wilfredo is the owner, and is extremely kind and helpful. You can opt to have breakfast at the casa – it costs 5 CUC/person, which was pretty standard for the casa particulares where we stayed throughout Cuba.

We booked through Airbnb, new to Cuba in the last couple of years. Due to the lack of regular internet connectivity, Wilfredo was not aware that we had booked through Airbnb, so make sure to book well ahead of time (I’d say 3-4 weeks) if you decide to go this route. It was a stress-reliever for us to have accommodation booked in each city before we left for Cuba. If you’re willing to be more flexible, book your first night’s stay beforehand and then walk around to some of the other casa particulares to shop for a better deal. We met other travelers who found casas as low as 15 CUC/night.

Note about Airbnb: we found a few cases where family members of Cubans living in other countries were managing the Airbnb listings for them, including where we stayed in La Boca. Make sure that you communicate with the host ahead of time to make sure you know who is actually living where you’re staying!

Terminal de Ómnibus Interprovincial for Viazul, the tourist-focused bus company, is 2km west from Parque Vidal, about a 25 minute walk or 5 CUC taxi. If you made reservations ahead of time, show up an hour before to confirm your reservation (if you don’t they’ll give it away). If you didn’t book ahead, go the day before to check for availability and reserve a spot. Be prepared to wait in line, it’s kind of a common thing in Cuba.

If you can’t or don’t want to take the bus, a more “authentic” form of transportation is by collectivo. Collectivos are shared taxis. Like the analog version of UberPool. A cab driver will group enough people together to completely fill a car and split the fare between cities. We did this between Santa Clara and Havana. Since you get a ride from door to door, it ended up being a better deal than taking the bus plus a taxi from the bus station to our casa.

What other places would you recommend in Santa Clara? 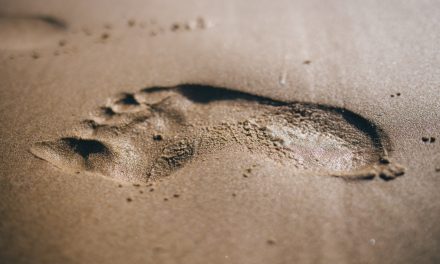 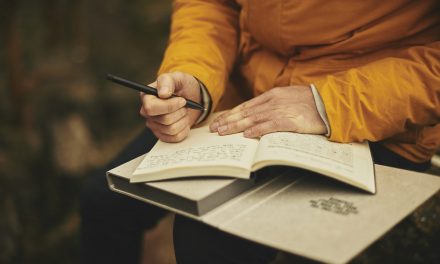 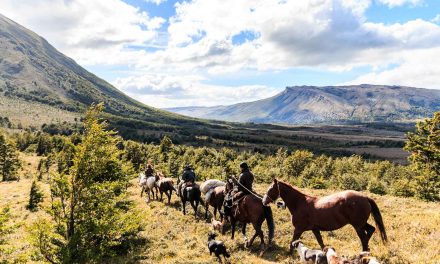 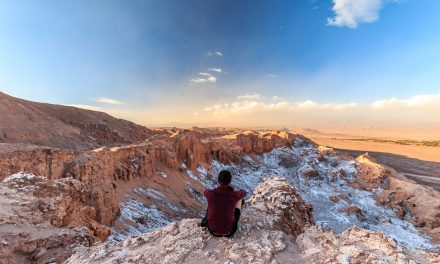